Introduction the events before national movements- 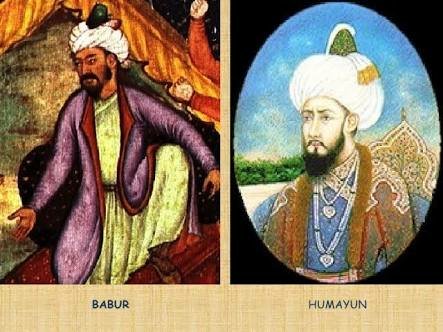 When India was under the rule of Mughal empire, there were muslims domination in India. There were some emperors came under mughal who established his friendly relations with hindus just like Emperor Akbar. But there were religious intolerant Emperor like Aurangzeb who dominated hindu religion and broke many temples and crushed the Nalanda university of Buddhists.

The first mughal Emperor was the Babur who captured India. And the last powerful mughal Emperor was the ‘Aurengzeb’. When ‘Aurengzeb’ was died then his successor was the ‘Bahadur Shah Zafar’. He was the weak ruler and he lost control on most of the territories in India. Nawabs who were took control the territory under the control of Mughal, they now started to control their territories independently. That is why Bahadur Shah Zafar’ lost his control.
Britishers controlled Bengal-

Britishers controlled Bengal by paying compensation to Nawab of Bengal and started cultivation in Bengal which kept demands in Europe. Planters who came from Europe hired labourers on fields and cultivated indigo plant for Europe. There were much demands in Europe of Indigo. Indigo was helpful to extract dark blue colours which was helpful for dying clothes and textile industries demanded the indigo in Europe. And what clothes imported to India dominated the market in India and textile industries in India had no demands. But Britishers did not pay attention to cultivation of wheat, rice and grains which was significant for the needs of an individual. 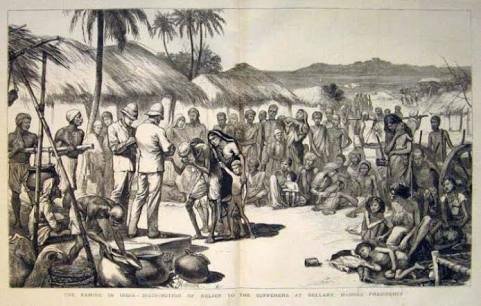 A great famine took place in Bengal in 1770 due to policy failure and cultivation of Indigo in India for Europe. But flame changes it’s form into big ball of fire. When big revolt took place in 1857 which is known as ‘ revolt of 1857’. There were so causes for the uprising of this big revolt we would observe one by one are as folowing-

2. Abolish the titles and privileged of Mughal Emperor

3. Abolish the pension to Nana Saheb

These were the causes for the uprising of the revolt of 1857 when sepoys doubted cows fat is used in cartridges. And when pension was abolished by the Britishers to Nana Saheb because he was adapted son. Rani lakshmi Bai of Jhansi and Tantya Tope fought against britishers for this reason. When titles and privileges abolished by the Britishers of Last mughal Emperor ‘Bahadur Shah Zafar’. These reasons were responsible for the uprising of the revolt of 1857 in which all sections of society and communities participated in this revolt. But finally britishers took control by the method of suppression.
And when the news of exploitation by the east india company reached to Queen Victoria in England, she took the powers of company and India was in the control of crown.

But problems did not resolve and revolt took place in India. A.O Hume who was retired officer went to India and founded the National Party which was known as ‘Indian National Congress’.

Then Mahatma Gandhi came into scene of struggles and he gave the concept of non-violence and truth. Congress was divided into two groups I.e Radicals and Moderates. Radicals started movements with the help of Gandhiji. The name of movements were- non-cooperation, Satyagraha, civil disobedience, quit India movement. All these movements were based on non-violence protests and marches in which Dandi march was involved to break the salt law. In the next article I would describe the role and significance of National movements. In this article, we studied about the origin of National movements. In next article we study about national movements in detail.